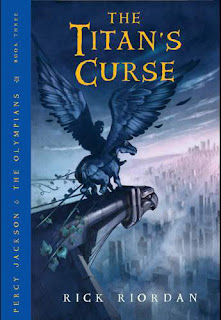 Percy Jackson and the Olympians is a projected five book series whose main character and hero, Percy, has ADHD and dyslexia. According to Statesman.com, these attributes have "...helped attract "reluctant readers," especially boys, who identify with the hero." The main character was inspired by the author's (Rick Riordan) son who was diagnosed with ADHD when he was in the second grade. The series revolves around teenagers who are descendants of Greek Gods. However, the books are set in the present and provide numerous twists and turns for readers. The age recommendation for the series is 10 and up. To read in depth descriptions, editorial reviews, and reader reviews of each book in the series, follow these links: