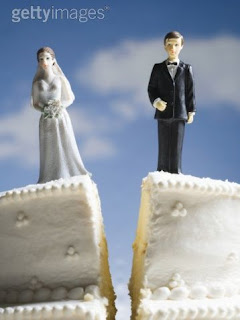 According to psychologists William Pelham Jr. and Brian Wymbs of the State University of New York-Buffalo,

23% of parents had divorced by their child's eighth birthday if the child had been diagnosed with ADHD.

Pelham goes on to say: "ADHD creates the greatest difficulty for parents in early childhood. If your marriage survives that, the rate of divorce doesn't continue to be higher after they're 8."
I certainly understand and agree that "ADHD creates the greatest difficulty for parents in early childhood." That really only makes sense. Childhood is when an overwhelming number of children are first diagnosed with ADHD. The diagnosis alone generates a great deal of stress. However, no marriage is without stress.
When my son was first diagnosed with ADHD he was six years old. His father and I had been married for twelve years. His diagnosis, like most medical problems, caused stress. We knew nothing about ADHD. It was frustrating knowing that our son was "sick" and we didn't know how to help him. But, at no time were we ever on the verge of divorce.
My husband and I set out to educate ourselves about our son's diagnosis. We researched and learned as much as we possibly could about the diagnosis, how best to help him and if anything...grew stronger as a couple. We are the two people that can understand each others ADHD related frustrations the best. He and I are each others support system. We work as a team.
Now, after seventeen years of marriage, our bond is more powerful than ever. We have endured the trials that ADHD can exact on a marriage and are stronger for it. After all, what doesn't kill only makes you stronger!
You can read more about Pelham and Wymbs' study in October's Journal of Consulting and Clinical Psychology.
Shared by Shane H. at 11:11 PM