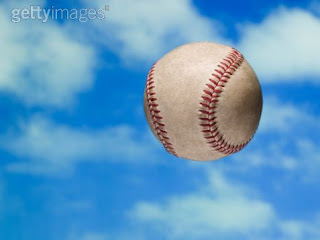 As the parent of an ADHD/LD child, I often watch helplessly as he endures trial after trial. Difficulty reading, not comprehending his math homework, not quite fitting in with his peers. It's painful and hard to stand idly by.
My first instinct used to be to jump right in and fight every battle for him. I figured the hand he was dealt in life was hard enough so what would be the harm in helping him when I could. If he forgot his homework at school I'd go get it afterwards. Or, I'd call other students, parents or teachers to get the information he needed. If he forgot his lunch money on the kitchen table, I would make sure it was in the cafeteria before he needed it. I just wanted to make his life easier any way I could.
However, I soon came to realize that he used my diligence as a crutch. He knew he didn't have to worry about things because mom would always be there to straighten things out if need be. He didn't make an effort to bring his school books home or complete his homework assignments. He just assumed that I would take care of things for him.
He recently called me from school frantic because he left his homework in his room. He said if he didn't turn it in my 11:00 a.m. points would be deducted from his grade. Now, this wasn't the first time he'd called me with an urgent request from school. Did I rush his work to school? No I did not! It was at that moment that I realized he needed to take responsibility for his actions.
All this time I had been trying to help him when in fact I had been doing the opposite. I had been teaching him that there were no consequences for irresponsibility. That was the last thing I wanted to do.
When he got home from school that day he was angry that I hadn't brought his work to him at school. I asked if he knew it was due that day. He said, "yes." I asked if he had done the work. Again he said, "yes." I then asked him who was responsible for turning the work in. He looked at my, quite puzzled, and said "me." I said, "exactly." When then discussed how he needs to take responsibility for his actions and how he is perfectly capable of doing so. He reluctantly agreed with me.
That was a hard lesson to let him learn, but I'm glad I did it. Since then, he has made sure is homework is in his backpack each night before going to bed. I'm proud of him and I'm certain he is proud of himself as well. He stepped up to the plate and (finally) hit a home run.
Shared by Shane H. at 8:44 AM