Parenting a child who has ADHD & LD 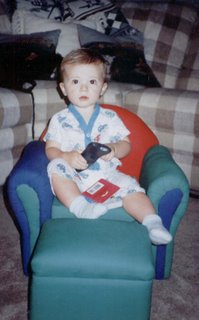 In 1997 I gave birth to a wonderful little boy. I had a normal pregnancy with prenatal care and all. I was three days past due when the contractions finally started. I was admitted into the hospital at 3:00am and he finally arrive at 6:30 pm. Yep, 15 1/2 hours of labor...ouch! After I had pushed for 3 solid hours my OB/GYN finally came to the conclusion that a c-section was going to be necessary for me to give birth. (duh!) I feel those three hours changed my unborn son's life forever. As a child he was different than my friend's children. He never, ever played with toys in the normal sense (and still doesn't). He found enjoyment in trying to discover how the remote control worked or getting into my kitchen cabinets. He had plenty of baby toys, he just wasn't interested in them. He never crawled and didn't walk until he was 13 months old. He started speaking later then normal. Until he was around 5 years old, only my husband and I could really understand him. When he started kindergarten he didn't know many colors or shapes. He only knew a few letter of the alphabet. He could only write one or two letters in his name. I had tried and tried to teach him these things but he just didn't get it. Although I was a first time parent, I knew something wasn't quite right. I just didn't know what it could be or how to explain it to people. 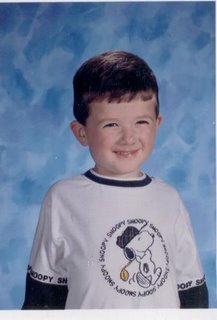 By the end of his kindergarten year, I knew he was well behind the other students. However, it was a huge time of change in our lives as a family. Darrin had been living in Greensboro, North Carolina for 3 1/2 months while we stayed in West Virginia to complete school. He had taken a new job and we joined him in NC the day school was out. Could the separation from Darrin be to blame for his lack of interest in school? His teacher thought so. Once he started first grade, and our family was back together, I thought he'd catch up. I was wrong. It quickly became evident that there was something bigger going on here. I approached his first grade teacher about my concerns. She confirmed them. After much testing his problems were finally diagnosed. He had ADHD and LD's (learning disabilities) in written expression, oral expression, reading comprehension and math computation. Since that time it's been a struggle. But knowing what his problems areas have definently made it easier to deal with. He now has an IEP (Individualized Education Plan) that allows for certain accommodations in the classroom. We also tried several medications before finding the one that worked best for him. He now takes 3 doses of Focalin 10mg a day. After much debate, I decided that he needed to be retained last year (in second grade) to catch up with his classmates. His teachers wouldn't tell me one way or the other what to do regarding this. They said it was my decision. That surprised me! However, after I made the decision, they told me they whole heartedly agreed with me. He now loves school. He has only missed one day this year and that was because he had pink eye. He was mad at me that day because I wouldn't let him go. He loves his teacher as well. She just "gets" Garrett! 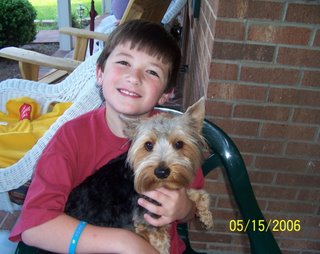 He now wants to know if he can stay in second grade again next year and have the same teacher. What a turn around. He still struggles, especially with math. However, with the IEP in place and the twice weekly private tutor we have secured for him, he's doing the best he can do, and that's all we can ask. We're truly proud of him. He never uses his ADHD or his LD's as a crutch. He just pushes on and gets through despite them. If you suspect your child may also be suffering from ADHD or a learning disability, there is hope. The first step, of course, it to get a diagnosis. Feel free to email me personally if you wish. I'd be more than happy to help in any way I possibly can.

p.s.-- I'm happy to report that Garrett only has 10 more days of school. Then, in the fall, he will be moving on to the 3rd grade with the rest of his classmates! Way to go, Bubby!!