Explaining ADHD & LD to Your Child 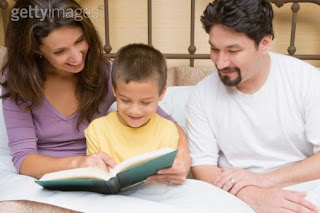 My son was diagnosed with ADHD at the age of 6 in 2003. About six months later, in early 2004, he was diagnosed with three learning disabilities. After receiving his diagnoses, I wondered how to explain them to him. After all, he was only six at the time. I didn't want to be too technical with him, as I knew he wouldn't understand. I also wanted to make sure he didn't feel like he was inadequate as a person either. I wanted to emphasis that although he was "different" he was still special and had much to offer the world. I began researching how best to tell him about his new diagnoses.
I learned that while explaining ADHD and LD to him I needed to do the following:

While researching, I also found several books that I utilized to help him understand ADHD and LD. I read these to him over a period of time of course, making sure each was age appropriate.

I have found that these books create a dialog and encourage discussion between my son, my husband and myself. We continue to refer back to these books when our son has a question or if he just wants to freshen his memory.

*Please note that the links I have associated with each book title will take you to Amazon.com. However, I usually purchase my books from half.com. You have your choice of new or used books and the prices are excellent. Just wanted to let you know!

This article is also featured on Trusera.com!